QuakeWrap’s story begins with its founder, Dr. Mo Ehsani, a former professor of civil engineering at the University of Arizona. He was inspired by two earthquakes in the California area: the 1989 Loma Prieta earthquake and the 1994 Northridge earthquake, which collectively claimed 120 lives and caused untold billions in damage. With an engineer’s professional eye, Ehsani noticed that these two disasters heavily damaged bridge columns due to a lack of supporting steel. A different material, he reasoned, might increase structural durability.

Ehsani identifies steel as the primary “culprit in the decay of all of our infrastructure,” which will weaken buildings over time through corrosion. FRP, by contrast, is both lighter and stronger, providing long-term structural integrity using a lighter material. In this remarkable material, polymers such as epoxy or polyester are strengthened with fibers such as carbon, Kelvar, basalt, or glass. The result is light but strong and intended to wrap around structural columns to protect them from earthquake damage, hence, the QuakeWrap name.

But while FRP might seem to be a natural choice, at the time, it was used almost exclusively in military applications and was prohibitively expensive for many private companies. Fortunately, the end of the Cold War opened these materials to industrial use. “All of a sudden, the market share of carbon fiber for military application dropped significantly,” Ehsani recalls, “and there was a glut of these materials in the market.” With carbon fiber now much more cost-effective, he had the materials he needed to start his company.

Progress was slow, with few engineers or architects willing to use the as-yet untested material in construction. “A lot of building or bridge owners [weren’t] interested in spending a lot of money up front for the promise that their structure will last another twenty or thirty years,” Ehsani laments. As a result, few backers wanted to use the material in new construction. Undaunted, he and his team focused on using carbon fiber and FRP in building refurbishment. Thanks to the materials’ low cost and rapid application, the business expanded rapidly as clients recognized its advantages. “The building owner becomes an ally on the project because he is going to recognize structural enhancements and cost savings immediately,” Ehsani explains.

Today, QuakeWrap works from its headquarters in Tucson, with collaborative firms in Brisbane, Australia. According to Ehsani, Australia takes care of its infrastructure “a lot better than we do in North America.” Australia is a much more receptive market for the company’s products, and it is fortunate to have found clients willing to serve as testers for its new methods and materials. “Once we prove it over there,” he explains, “we can use those projects as a reference and use them on some other projects in the U.S.”

QuakeWrap also operates a subsidiary construction firm, FRP Construction. This, Ehsani says, arose out of necessity. In the early days, several engineers contracted the fledging company, pitching projects and wishing to use the company’s designs. “Once we would develop a design and come up with materials, we realized that it was very difficult to find a contractor that was willing to install these products at a reasonable cost,” he recalls.

Undaunted, Ehsani went his own way. “I decided, if I really wanted to grow this business, I’d have to go back to school and become a contractor,” he says with a chuckle, “so that’s what I did.” Running both the design and manufacturing portions of the business, he ensures a design-build approach for the company’s products. QuakeWrap handles the design and manufacturing of components, while FRP manages installation.

The company’s research and development department, essential to its business model, is mostly managed by Ehsani himself. He has not fully committed to managing QuakeWrap but retains his title of professor emeritus and an extensive network of professionals from whom he and his staff can solicit and develop ideas. Bridging theoretical research with the company’s practical applications makes the company a trusted incubator for new designs.

Ehsani describes the situation as mutually beneficial in that graduate students and professors get to experiment with cutting-edge technology while QuakeWrap has access to visionary minds to develop new materials and techniques. He appreciates the spirit of academic collaboration. “Most of the work we do is very applied, in terms of research,” he says, “and I have found a lot of former colleagues who would like to test these ideas.” The innovation, the product of the union between academia and industry, also sets QuakeWrap apart.

The company’s design-build approach, possible through its launching of FRP Construction, allows it to undertake radical construction and refurbishment projects at manageable costs. Ehsani cites an example in which QuakeWrap was contracted to repair a seawall, a notoriously difficult engineering challenge. However, since it could keep design and construction in-house, the company was able to reinforce over nine hundred feet of exposed seawall for $2.7 million.

He is particularly proud of one of QuakeWrap’s newest additions to its product line: InfinitPipe, spurred by a grant from the US National Science Foundation. This product, with what Ehsani describes as a “game-changing technology,” allows the company and other contractors to manufacture carbon fiber pipe of any length and diameter, continually.

The pipe weighs ten percent of conventional pipes, and the material is attached on site, with no joints or seals to produce potential leaks. Due to its light weight, the pipes can be theoretically transported over much longer distances than traditional piping. Finally, true to its name, lengths of InfinitPipe may be seamlessly attached together to create an endless pipe that is highly resistant to corrosion.

InfinitPipe’s applications and advantages are being recognized by organizations such as the American Society of Civil Engineers (ASCE), which awarded Ehsani its 2016 Innovation Award for the design of the pipe. QuakeWrap also received a grant from the U.S. Department of Agriculture (USDA) in 2018, followed by a $600 thousand grant in 2019 to develop InfinitPipe. As it is made from a green and sustainable material, InfinitPipe promises a cheaper but better-quality piping option than traditional methods, offering untold possibilities.

Using InfinitPipe, “We can literally become a global pipeline supplier overnight,” Ehsani declares. He compares QuakeWrap to businesses like Airbnb and Uber, which have become household names despite a lack of global facilities. He also points out InfinitPipe’s advantages for the developing world, due to the material’s ease of shipping and manufacture. “It just opens so many doors to new pipeline projects, in a very cost-effective way,” he says proudly.

Ironically, for a company located in the desert southwest, QuakeWrap has developed some of the world’s leading products for repair of marine and waterfront infrastructure. One of these, called PileMedic, is comprised of thin sheets of pre-cured glass or carbon FRP. The sheets can be wrapped around a deteriorated concrete, steel or timber pile to create a structural tube of any size. The tube can be filled with cementitious or epoxy grout.

“Eliminating the need for coffer dams on such repairs is a huge cost saving,” Ehsani adds. Many agencies, such as Texas DOT and Caltrans, have conducted extensive testing on this product to prove its efficacy. The U.S. Army Corps of Engineers, for example, has tested and selected PileMedic as the only solution for repair of its submerged piles worldwide. Ports of Seattle and San Francisco, as well as other commercial facilities, have already benefited from this technology.

Another marine application is repair of seawalls and bulkheads. These structures corrode with time and can lead to both structural and environmental concerns. The Sheet Pile Repair (SPiRe) system is comprised of custom-made rigid FRP panels. Divers connect these panels to the deteriorated wall to form am impervious barrier. The annular space between the panels and the wall is filled with concrete and reinforcing elements. The fact that this system has been implemented on several projects within a short time from its introduction attests to the industry’s need for such innovative solutions, Ehsani notes.

QuakeWrap’s materials have been used in refurbishments and construction on buildings all across North America, including schools, museums, and even a nuclear power plant. The company also works on less glamorous, but no less important, infrastructure such as culverts, mines, parking garages, and bridges, further showcasing the versatility of FRP and QuakeWrap itself.

A major consideration in selecting to rebuild or retrofit is that it is often more costly to rebuild on the same footprint of an existing structure. New building ordinances, for example, may require setbacks for widening of streets and alleys, or additional parking space. As a result, far more landlords and landowners are taking steps to refurbish instead. This is a boon for QuakeWrap, and “that side of the market is really huge,” Ehsani explains.

Yet this boon in refurbishment only postpones the inevitable decline of North American infrastructure, most of which is approaching sixty to seventy years of use. As time passes, Ehsani believes there will be considerable growth in industries focused on alleviating this problem. It is more important than ever for engineering firms to embrace new ideas, and QuakeWrap is working to incorporate daring new designs into our world. As technologies like InfinitPipe show, the company’s ability to innovate is limited only by the imagination of its researchers and clients.

Click here to view the full article in the Construction in Focus magazine. 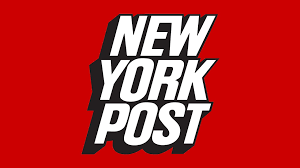